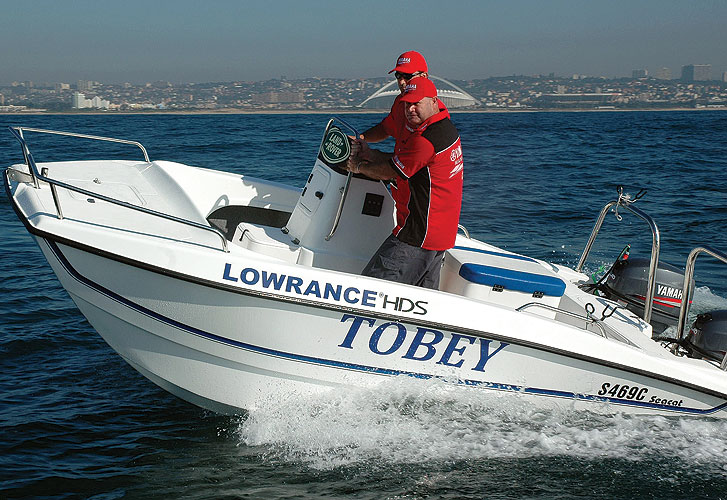 I’M regularly asked why the Seacat and Explorer ranges of boats are so popular in the marketplace. I only have one answer to that question — Yamaha and Grant Read have properly done their homework and are constantly developing their range.

These models range from entry-level boats that are affordable for the angler who no longer wants to go out to sea but still wants to fish in the bay, up to craft for the more daring fisherman who will venture 40nm off Cape Town for tuna.

I was not surprised when Shaun Lavery and Allison Naidoo asked me to do a review on the Seacat 465 CC, but was surprised to find the centre console and a forward console craft waiting for me at the Durban Ski Boat Club. I was really impressed. Grant certainly doesn’t play around when he develops a new craft for Yamaha — and he never gives anything less than 100%. 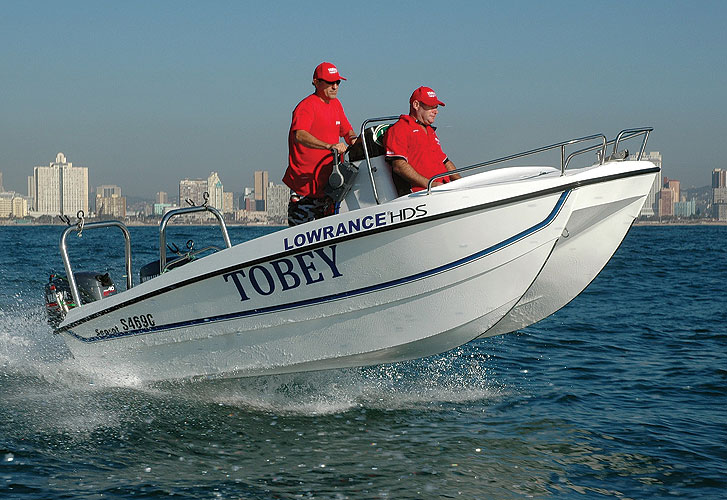 LAUNCHING AND TRAILERING
These boats are not very heavy and are very easy to tow through town to the shore. To get them on to the beach was easy with the breakneck trailer, as was dropping them off in the shorebreak.

Over time I’ve noticed that the trailers Grant manufactures for this range of Yamaha boats are perfect for loading and offloading ski-boats. The craft tend to slide off very easy, and whether you have to pull them up by hand winch or electrical winch, it’s always a cinch.

The trailers are built so that the boat fits 100% on the trailer. Loading or offloading a boat can be a nightmare if she doesn’t fit correctly on the trailer, but this is just one more thing they’ve managed to perfect.

CONDITIONS
Although we didn’t have any wind that day, the sea was not kind to us and it was like a washing machine out there. Not only was it a challenge to get from one boat to the other, but also to take the photographs.
However, it’s all in a day’s work, so off we went to have some fun. 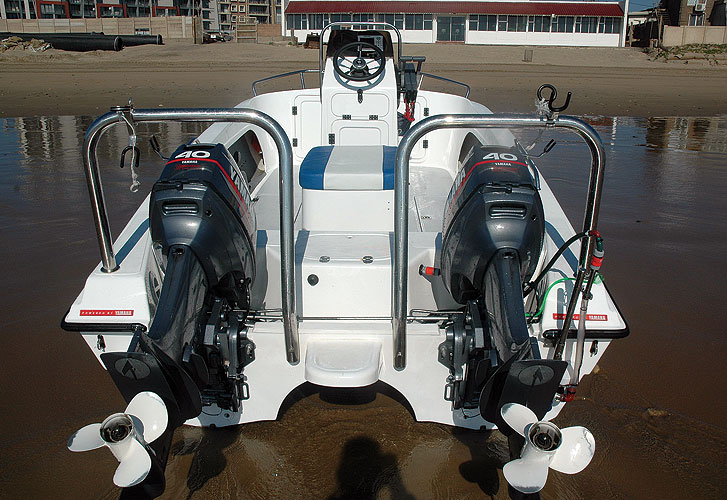 MOTORS AND CONTROLS
The centre console Seacat 465 was fitted with twin 40hp two-stroke Yamaha motors. This boat is just over 15ft in length, so those engines produced more than enough power. I would, however, recommend fitting trim-and-tilt motors on the centre console craft, because with the smaller boats I’ve found you can balance them better with trim-and-tilt engines.

The controls were normal side-mount controls with cables and no hydraulic steering, but she handled very well and the steering was very smooth.

PERFORMANCE
With the two 40hp Yamahas the Seacat 465 CC jumped out the hole very quickly and turned to port and starboard with just the slightest cavitation on very sharp turns. This notwithstanding, she’s ideal for surf launches. Into the swell she was so alive that we had to hold back on the throttle or we would have taken off.

In a following sea if you know your boat you’ll be able to tell if you have to trim the engines or not. On the Seacat 465, as is the case with most boats, I felt that she needed to get her nose up slightly in a following sea to avoid broaching.

If you watched this little boat’s performance out at sea, you would not say she is just over 15ft. Indeed, she looks much bigger and will outperform a lot of bigger boats.

Although you would be licensed to carry four people, I would recommend you have no more than three people fishing on this boat at a time to maximise comfort and performance. In fact, two would be ideal. 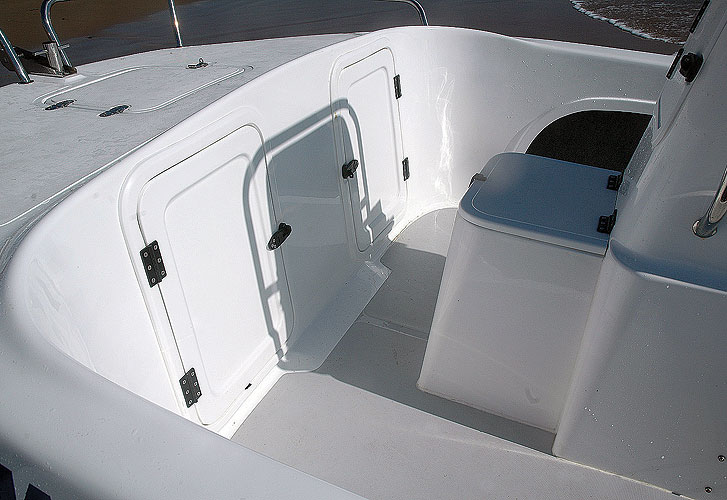 The fuel hatch, situated behind the console, also acts as a seat. On the sides, in the gunnels, there is storage for fishing rods.

At the stern they’ve developed a removable false transom with a built-in livewell. This is such a clever idea. If you think you don’t need this feature, you could save money and buy the boat without it, and should you change your mind, you could always fit it later. 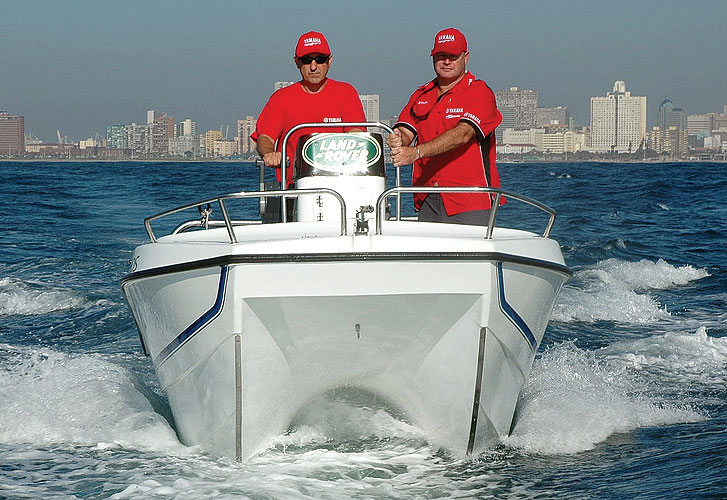 CONCLUSION
Once again I’ve been really impressed with the collaboration between Yamaha and Grant Read. They have put in a lot of time and effort to develop the broad range of Seacat and Explorer craft. The quality is excellent and I could not fault any of the boats.

The Seacat 465 is ideal for the fisherman who wants a small, stable, comfortable cat. This is a little boat with a lot of space and is suitable for any kind of fishing, and can be towed with ease. She is easily handled by two people, and if push comes to shove, one person would also be able to offload and reload her.

She’s probably the ideal boat for a dad with smaller boys who can’t yet help him with too much.

The boats I tested didnt have stainless T-tops, but this could be fitted as an extra if you feel the need for it.

If you’re interested in a boat in this category, contact any of the Yamaha dealers to arrange a demo on one of these lovely cats.